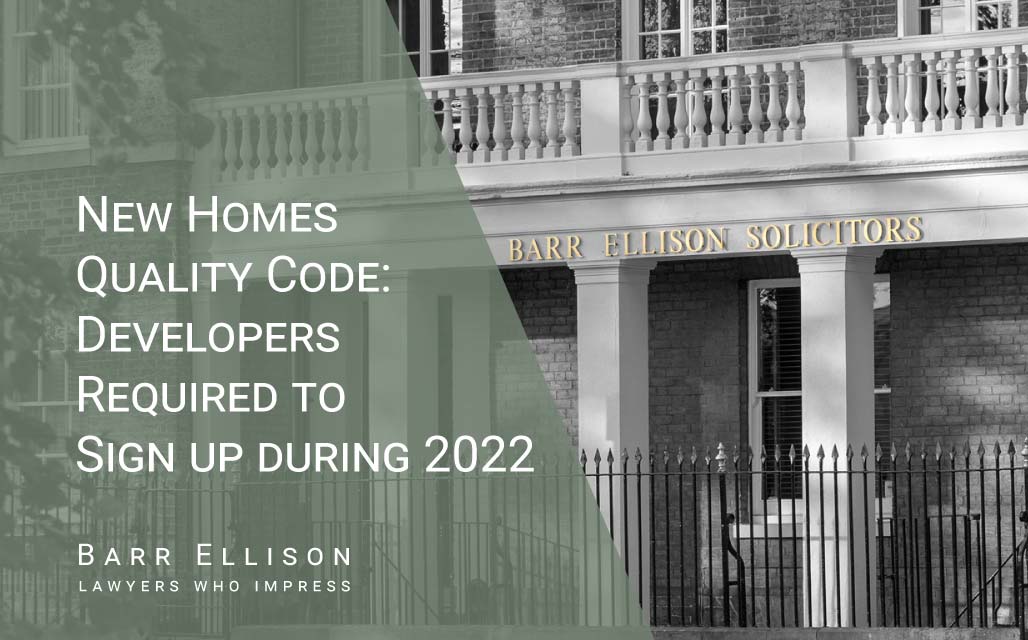 New Homes Quality Code | Developers to Sign up by end 2022

After several years of work and public consultation in the summer, the New Homes Quality Code was published on 17 December 2021. The aim of the Code is to ensure that new homes are of a high quality and to ‘strengthen protections’ for customers. In short, to improve the new home buying process and to give buyers clear access to remedies should the quality fall short of what is expected.

The New Home Quality Board (NHQB) was established in January 2021 and in November 2021 the Dispute Service Limited was announced as NHQB’s preferred partner to develop the New Homes Ombudsman Service, which will start operating in 2022. It will be the Ombudsman’s responsibility to ensure that builders and developers comply with the Code, with sanctions available to deal with non-compliance.

Developers will need to sign up to the NHQB from January 2022 and, once a developer’s membership has been ‘activated’, buyers will have the benefit of the Code. All developers are expected to have signed up by the end of 2022. There will be a transition period for developers between registration and activation to allow developers to take any necessary steps to ensure they are compliant with the Code.

The Code sets out 10 fundamental principles, including requirements to act fairly, to ensure safety and quality and to be transparent. Obligations for developers and protections for customers include: 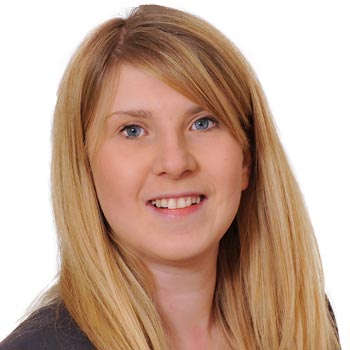 The introduction of the new Code is sure to be a significant step for the house building industry, streamlining obligations within one code and offering additional protections for customers. Announcements are awaited from the NHQB as to how when the registration process will go live (expected late January) and when the Ombudsman will go live, but for now developers will need to familiarise themselves with the Code and ensure they are prepared for it.

We will be keeping an eye on how the code is rolled out and its impact so please look out for updates. 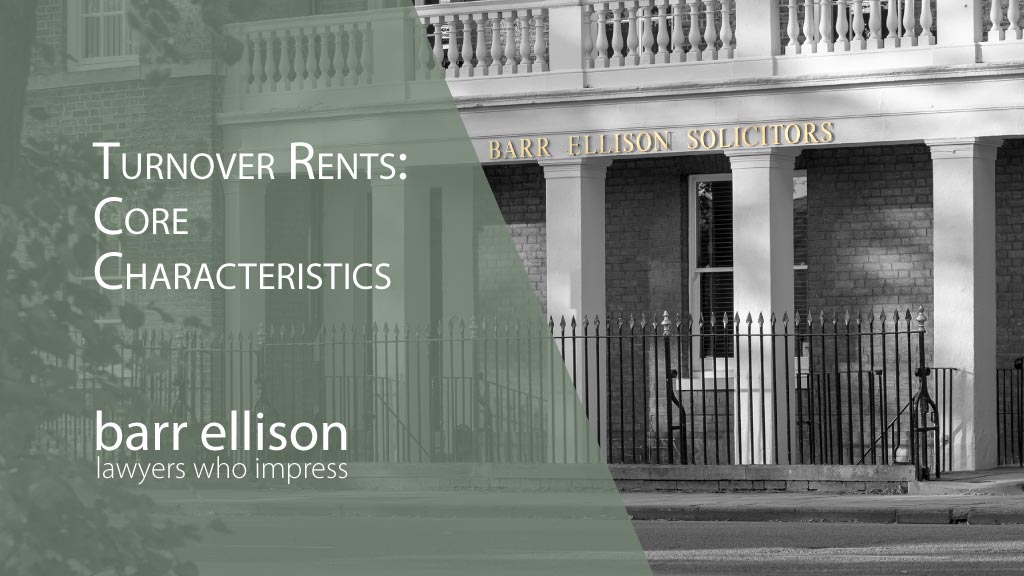 For those of us operating in the landlord and tenant sector, turnover rents have always made an appearance, but they’ve never really taken centre stage. They seem exclusive to the retail industry and so whilst we are acquainted with turnover rent mechanisms, we are perhaps not as familiar with them as we would like to be. Well, I have a sneaky suspicion that’s all about to change.

The mantra underpinning the landlord and tenant relationship since the pandemic has been collaboration and flexibility – this just so happens to be two of the core characteristics of a turnover rent, so with that in mind, it may just be time for turnover rents to be the headline act.

So, with the audition process over, what can we expect from a turnover rent performance?

A turnover provision links the tenant’s trading performance to its rent. Traditionally, the higher the turnover, the more the tenant pays. The lower the turnover, the less the tenant pays, but this is usually backed up by a base rent – a minimum payment so that he landlord still receives an income. In the current climate, landlords sharing the pain by receiving little or no rent in the bad times, allowing the tenant to focus on building up its trade and surviving, means a landlord can recoup some of that reduced income in the good times – perhaps because the tenant has been able to continue to trade without significant rental payments being due. 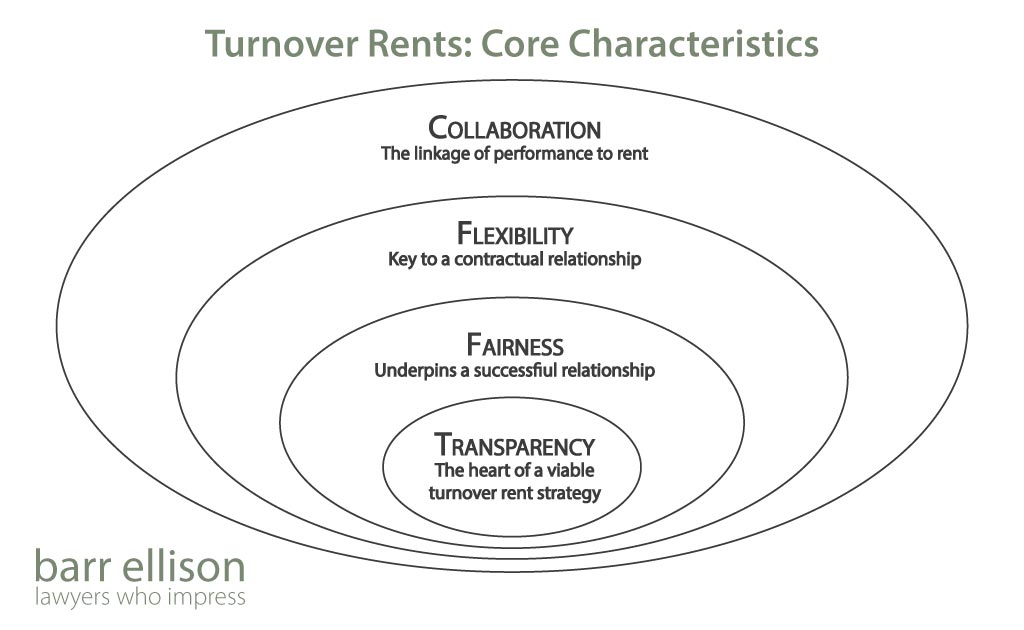 Following closely behind collaboration is the key to all fruitful contractual relationships – flexibility. The inclusion of a turnover rent needs to be able to flex for it to be effective. The levels agreed upon should be reviewed at timely intervals so that the rent reflects the market and the tenant’s performance. Another flex could be a re-evaluation whereby a balancing rent could be due if turnover rent through a certain period hasn’t reached a minimum level, giving an element of certainty to both the landlord and tenant. Other bends could be a landlord’s break option should the rents be too low and a stronger tenant is in the wings, or perhaps even a success payment for the landlord should turnover for a specified a period exceed expectations – a reward for a benevolent landlord!

If a turnover rent clause is to deliver on the collaboration and flexibility front – it also has to tick the fairness box. Top of that box – what is included in the turnover calculation? 10 years ago, the inclusion of Internet sales could well have been a deal breaker. Now, it surely has to be a given. The same applies to click and collect sales. Many sales aren’t generated by visiting the premises but the sale wouldn’t happen without the premises being rented by the tenant. Some battle lines may well be drawn but if a reasonable percentage is agreed, the fairness approach to what is included in a turnover rent could well save the day.

If the components of sales included in the turnover rent calculation is a fair one, then it follows that the tenant must be transparent in the information it provides. A clearly defined turnover rent clause will only work if all parties know what they are looking at and what information needs to be forthcoming. It also goes to the heart of turnover rent being a viable strategy as a platform for a genuine collaboration between landlord and tenants. A safety net here could be some worked out examples within the clause to demonstrate what is expected.
By no means will the inclusion of a turnover clause rescue a business that’s already had its final act but it could give a struggling tenant a well deserved encore. 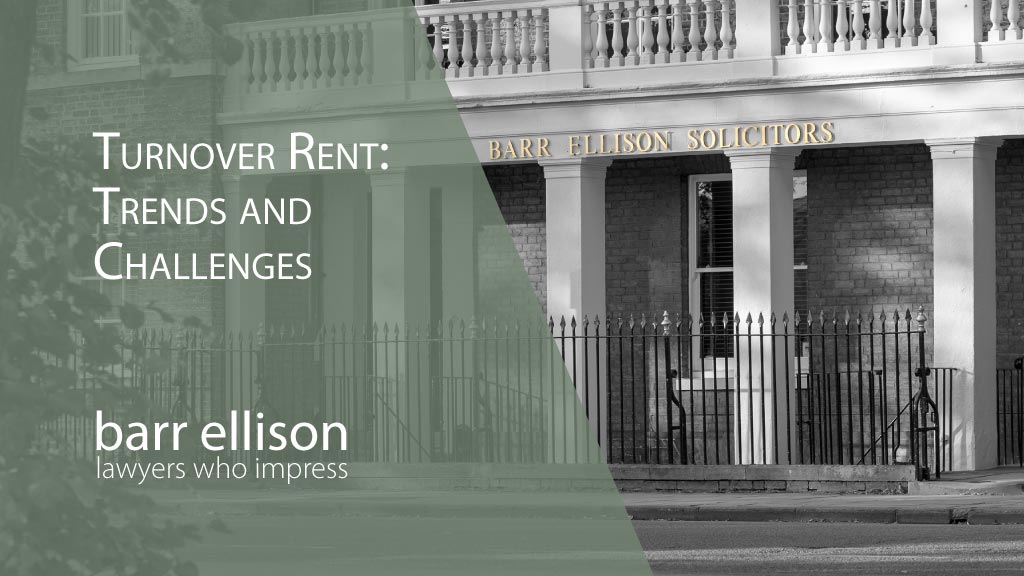 Since penning my recent article about the re-emergence of turnover rents in leases Turnover rents – it’s time to break a leg!, it seems you can’t move for similar articles on the subject! So, it’s either been a slow news time in the commercial property world of late and us commercial property lawyers have nothing else to write about – or I’m onto something!

Let’s go with the latter shall we!

To bolster my opinion, my colleagues and I have noted a marked increase in turnover provisions creeping into deals of late. Ranging from the fairly standard turnover percentage payment on top of a base rent to a much more complex beast that can leave the grey matter needing a spa day!

Once the turnover rent has made its way in – it can pose some other head scratching moments. I share my recent ponderings with you below.

Should the turnover provisions that have been so carefully negotiated and tailored to fit the tenant be personal to them? Is it likely that on any assignment (if permitted) the same provisions would suit the incoming tenant? I’ll stick my head above the counter here and say probably not.

2. To assign or not to assign?

If the turnover isn’t personal, or actually even if it is, should assignment be permitted? It’s fine if the incoming tenant is also acquiring the business operating from the property – but what if it isn’t? If the incoming tenant is a completely different business then it could get really messy trying to align the turnover rent payments mid turnover period. A ‘substituted turnover rent’ provision could be included to cater for such a situation but as most current leases of this nature are for short term lets (3 to 5 years) assignment isn’t generally being permitted.

If landlords don’t want to have convoluted provisions for the ‘what if’s, perhaps they could insert a right of pre-emption on assignment to avoid any issues.

4. Not personal and assignment allowed

In this situation, any landlord should include some additional provisions to allow for the substituted rent scenario mentioned above, or at the very least include a requirement for the turnover percentage or mechanism to be re-negotiated.

Turnover rent definitely has a place in the ever increasing flexi fit world of commercial leases – just make sure it doesn’t leave you wishing it hadn’t! 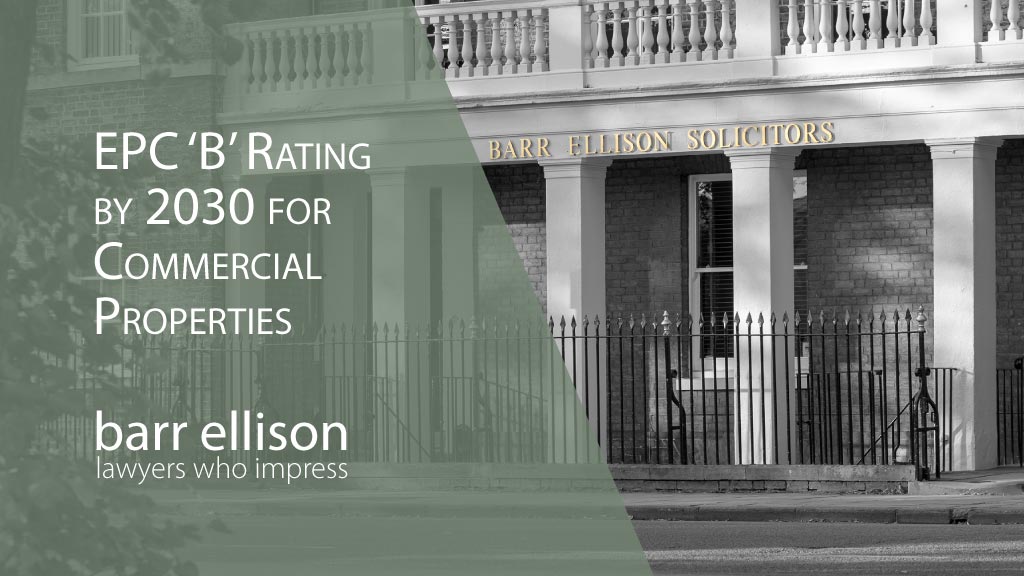 Plan to Strengthen Commercial Property Energy Standards: to B or not to B?

The Minimum Energy Efficiency Standards (MEES) were introduced almost 3 years ago in April 2018. At the time of their introduction there were rumblings and concerns about the impact this would have on the commercial property market.

In my view, the introduction of MEES was less than dramatic and fell a bit short of the mark. There was no sudden wave of improvements being made or deals falling over because of an F or G rating. In fact, MEES just seemed to add to the general irritation of having to obtain an EPC.

Perhaps the low-key impact of MEES was because it was just a starting point. A quiet and understated introduction that buildings must (and will) be improved. Well, three years on and following the Government publishing its Energy White Paper in December late last year, the next proposal is here.

The White Paper confirmed that the future trajectory for non-domestic MEES will be an EPC B rating by 2030, with the accompanying consultation on how this will be implemented announced recently on 17 March.

So, if the current F/G EPC rating was a nagging concern – the leap up to a B rating over the next 9 years must surely draw some reaction from the property industry.