Am I entitled to my spouse’s pension on divorce? 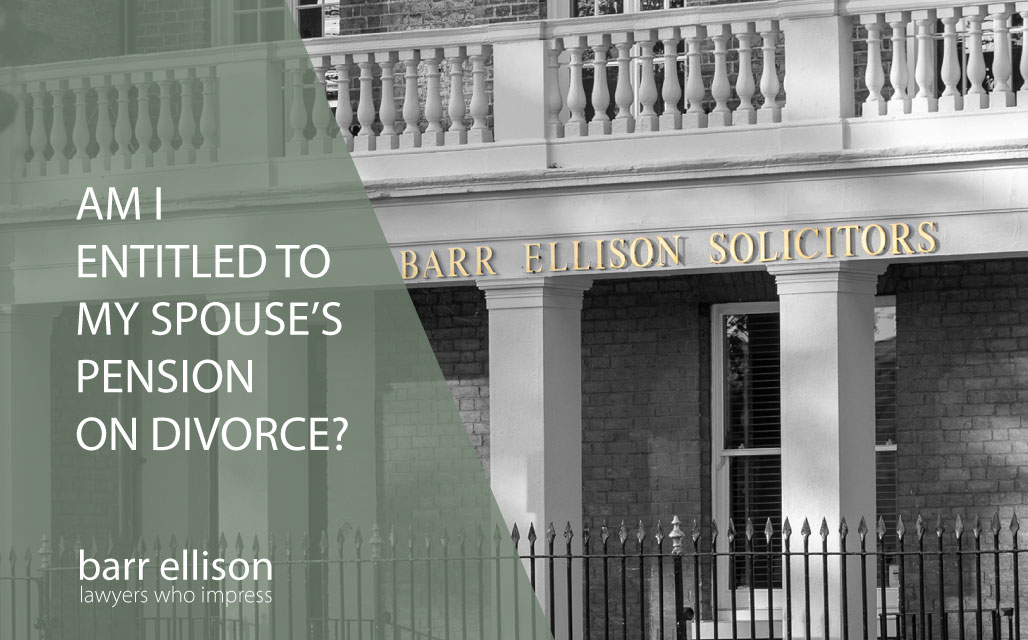 For many people going through a divorce today, a pension will be one of the most significant assets of the marriage, second only to the value of the family home and even in some cases, exceeding it.

If you started your divorce before December 2000, it was not possible to take a share of a pension fund as this was not provided for in the statute that governs financial claims on divorce – the Matrimonial Causes Act 1973.

At this point, pension earmarking orders were introduced, which directed the pension fund trustees to pay a proportion of the member’s pension as income to the former spouse. There were flaws with this however, as it ceased when the member died or on the remarriage of the receiving party.

These difficulties were resolved by the introduction of pension sharing orders. A pension sharing order creates a pension credit which has to be taken as a pension either within the original scheme or transferred out to a new scheme.  Independent financial advice is an important part of that decision. The fund created by the pension credit belongs solely to the receiving spouse and is not affected by the retirement or death of the original pension holder.

For many, a pension sharing order is a straightforward solution to division of an asset that is either needed to produce an income in the future, whether that be in the near or long term. For others, however they want to establish their claim against their spouse’s pension, so as to be able to offset it against another asset that matters more to them.

This involves effectively trading the money one spouse could have received from a pension and taking it in some other asset, usually a house. This can be an option for a spouse who still has children at home, allowing them to secure ownership of the house outright rather than having both part of a house and part of a pension fund which they cannot access until their own retirement, which may be some way off.

What if pension is in spouse’s sole name?

It does not matter that the pension fund is held in the sole name of one spouse.  The income that has been paid into the pension fund during the marriage (whether by the spouse or the employer directly) is matrimonial, making it a matrimonial asset. Even if part of the pension has come from payment before or outside the marriage, a court can still make a pension sharing order on the basis of the need of the financially weaker spouse for income in their retirement.

Attention needs to be given to the different types of pension schemes, such as money purchase or final salary, particularly if one scheme is being offset against another.  There can also be differences, particularly in public sector schemes, as to the date on which the original member and the former spouse can each access their benefits. The early access rules for police and members of the armed forces are not carried across to their former spouses’ funds.

Where people do their own divorce and manage the paperwork for that without seeking any advice from lawyers, pensions may not be discussed and can be overlooked. They sell their jointly owned house and divide the proceeds of that and of any savings and use the child support calculation to work out what should be paid for their children and they leave it at that.

Any couple in that position will not have resolved their claims against the other. Financial claims are not extinguished by a Final Divorce Order (but check with a lawyer if you have remarried) and can still be pursued. There are cases where pensions are being looked at 18 years after the parties divorced even though, at that time, both probably thought that was the end of matters.