How does the Court deal with a family business on divorce? 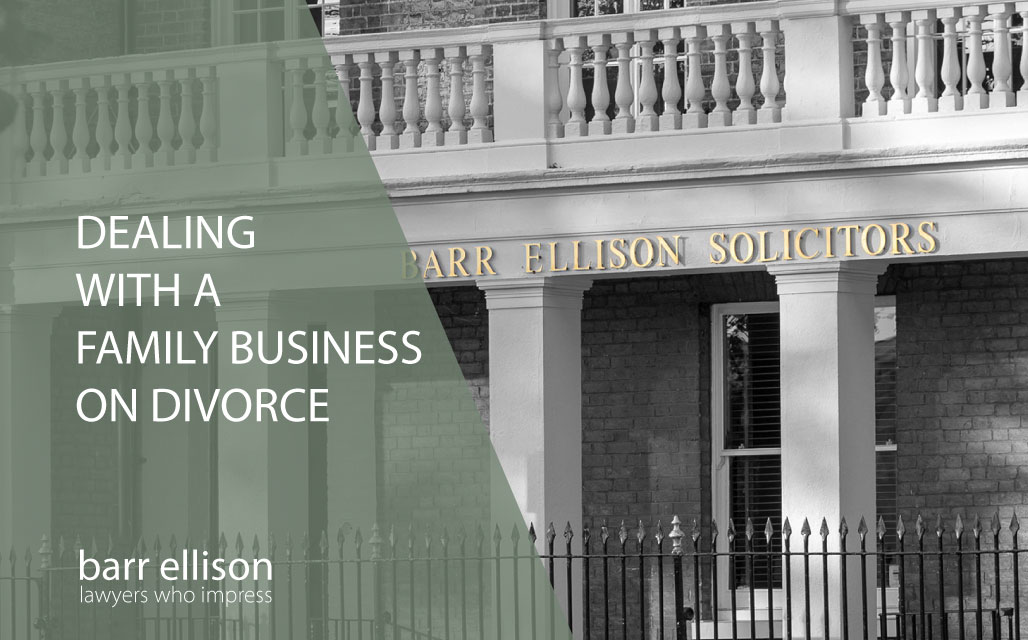 A family business in divorce cases can be something of a Pandora’s box best left unopened or the golden goose of the marriage. The existence of family business assets tends to complicate divorce proceedings. Those running the business are anxious to know how the Court will treat their business and their other half of course wants to know if they are entitled to a share of the ‘business’ and if not why not?

How the Court will treat the family business will depend upon its make up (sole trader, partnership, limited company, trust) but a major factor is the amount and type of wealth which arises from the business.

The small family business run by one or both spouses is unlikely to be of significant capital value. Its value will lie in providing an income stream both during the marriage and beyond when the parties have gone their separate ways. There is good law to say that obtaining expensive accountants’ valuations for such businesses would be a waste of time and money. The reason is that this type of business will tend to have no intrinsic value beyond what cash there is in the bank and the value of fixtures and fittings.

A similar approach is adopted with small private companies. The difficulty of giving any weight and realising shares in a private company presents a real problem. You have to ask three fundamental questions:

The reality is that a number of these companies are simply the alter ego of the person who is running them and, if they decided to cut their losses and head for a more contemplative life in the hills, would the company they leave behind be worth anything?  The likely answer is ‘ no’. Shares, like any other commodity, are only worth what someone else is willing to pay for them. Valuing shares in a private company is something of an art rather than a precise science.

It can be most difficult to achieve a fair result when a significant slice of the family wealth is within a company. This problem was faced by the Court in the case of Well v Wells (2002). A range of values for the company were obtained. The Judge was unable to put a value on the company as he found that all of the valuations contained flaws. The other assets of the marriage were £1.9 million. The Judge left the wife with £1.3 million including the matrimonial home and £250,000 in cash. The husband retained his shares in the company, the remaining capital and his pension. The husband appealed and the Court of Appeal said it was wrong for the wife to retain a large slice of the ‘copper bottomed assets’ and the husband to have the more risk-laden assets. The Court increased the husband’s share of the liquid capital by £200,000 and gave the wife the option to come back to court if the husband sold his shares within five years. The court emphasised that this was a fairer division of the assets whether they be risk-laden or more concrete in nature. Interestingly, the Court also emphasised that achieving fairness is more attainable where there are to be ongoing maintenance payments paid to the non owning spouse.

A difficult question which can arise is that – if a company is to be treated simply as an income-producing asset, but of which the non-owning spouse will benefit by way of maintenance – is it worthwhile in going to the expense of a valuation? The answer is probably ‘yes’ (a) where the shareholding is significant or (b) where there may be surplus assets within the company. The Court will need to know what all of the assets of the marriage are worth to enable a judge to exercise his discretion properly and to try and achieve a fair result for both parties. It would be an anomaly to know the value of the other assets of the marriage except the family company even if that value turns out to be rather negligible.

Like Pandora’s box until the company’s lid is fully open one will not know what lies within.