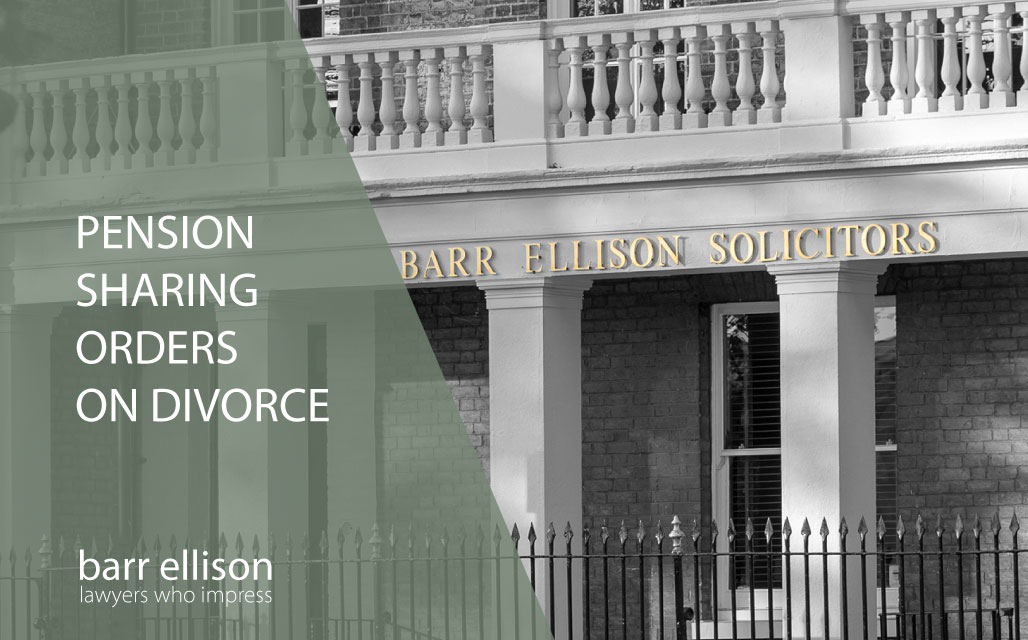 When people talk of being divorced they tend to mean both the ending of their marriage and sorting out the financial arrangements, as one entire package.  While ending the marriage is generally relatively straightforward, agreeing financial arrangements and the allocation of assets tends to be a more complex situation including where pensions are involved.

Divorce is the legal process that changes a person’s status from being married to being divorced.  This links into obtaining a court order resolving both parties’ financial claims, whether by agreement or not, at the point of conditional order (formerly decree nisi) and again at the final divorce order (formerly decree absolute).  (Refer Guide: How to Get Divorced (New Procedure).)

From the point of conditional order, the court has the power to make financial orders.  Even where a couple agree how to divide their assets and income between them, they cannot get that agreement approved by a Judge and therefore made legally binding before a conditional order is made.

Where delay can occur

It is a quirk of the system that any pension sharing order has to be expressed as a percentage of the fund from which it is being taken.  Pension funds are not the same as money in a bank.  Money purchase schemes, where payments are accumulated and invested until the member draws them on retirement, are affected by fluctuations in the assets in which the pension funds has placed its investments.  A final salary scheme may not change the retirement benefits but the pension fund will change its assessment of how much it needs to have in its notional funds, to pay out those benefits.

During negotiations, a cash equivalent transfer value (CEV) will have been obtained so that each pension fund has a capital value.  A CEV is free on request once every 12 months, unless the pension is already in payment.  Some public sector schemes have significant delays in producing a CEV, of 3 months in some cases, so it would slow negotiations to go back for updating figures, even if the member were prepared to pay for it.
At the moment, the courts are taking around 3 months to give approval to an agreed financial order.  If the claim is being taken through the courts on a contested basis, a decision could be 6 months or more beyond the date at which the CEVs were first produced.

The consequence of having a pension sharing order expressed in percentage terms, coupled with the delays within the system, means that neither party can be sure as to how much of the pension fund they will receive or be left with.  In a time of market growth this could result in the recipient spouse receiving a far greater sum than they were expecting, but it is of greater concern if the pension credit turns out to be a smaller sum than has been calculated.  Often considerable effort has been made by IFAs or actuaries to calculate the share required to meet one spouse’s needs and this fine-tuning is lost due to the fact that pensions are fluid assets on which the delay of many months can have a significant impact.