Pre-marital Wealth – Where does it go on Divorce? 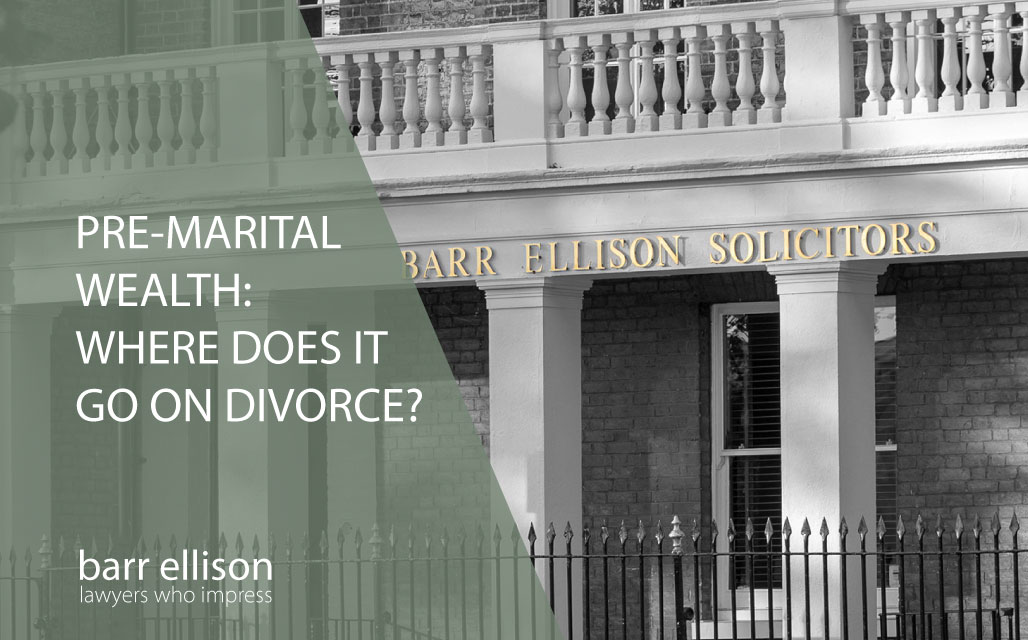 A frequently asked question is how pre-marital assets should be treated on divorce? It is not uncommon for one party or indeed both to bring into the marriage assets which they owned before the marriage. When a marriage flounders, they may then seek to ringfence those assets on the basis that they should not form part of the matrimonial pot for distribution. Is that approach fair and how do the Courts deal with this issue?

There is a degree of consistency applied by judges

The Judge when dealing with financial applications has a wide discretion to make whatever order he considers fair. Notwithstanding the exercise of discretion, there is some degree of consistency of approach in cases of this nature. Otherwise advising clients as to the possible outcome of their case should it fall in the lap of a judge becomes simply a best guess exercise. It is established law that pre-marital wealth has to be treated as a contribution by one party where it is not matched by the other, and how it is treated on divorce will turn on the value of the contribution and how it was treated by the parties within the marriage (White v White).

In the case of N v F (2011) this issue was addressed by Mostyn J. He concluded that: “Whether the existence of pre-marital property should be reflected at all, depends on the questions of duration and mingling. If it is decided that reflection is fair and just, the Court should then decide how much of the pre-marital property should be excluded. Should it be the actual historic sum? Or less if there has been much mingling? Or more, to reflect a springboard and passive growth? The remaining matrimonial property should then be divided equally. The fairness of the award should then be tested by the overall percentage technique.”

The emphasis is again on fairness. If one were to exclude the pre-acquired wealth and divide what is left, would the percentage shares each then have be wholly disproportionate and therefore inherently unfair in particular in the context of a long marriage? It is likely in the latter case that the pre-acquired wealth would have been intermingled with the parties’ matrimonial assets and therefore more problematic to exclude. If its exclusion leaves the other party at a disadvantage and unable to meet their reasonable needs, then it would only be fair and right to add a percentage back into the pot for distribution.

In the majority of cases the ‘needs’ argument outstrips the contribution argument. If on exclusion the needs of the other cannot be met, then it is added back to the pot. In those cases where the assets of the marriage exceed the parties reasonable needs, the arguments for exclusion become more robust when justifying a departure from the equality principle.

For those parties who brought the wealth into marriage, it can be a bitter pill to swallow to contemplate parting with some of their cash to their now estranged spouse. During the marriage they may well have been happy to intermingle the parties’ finances but views quickly change when the divorce petition lands on the door mat and the battle lines are drawn.