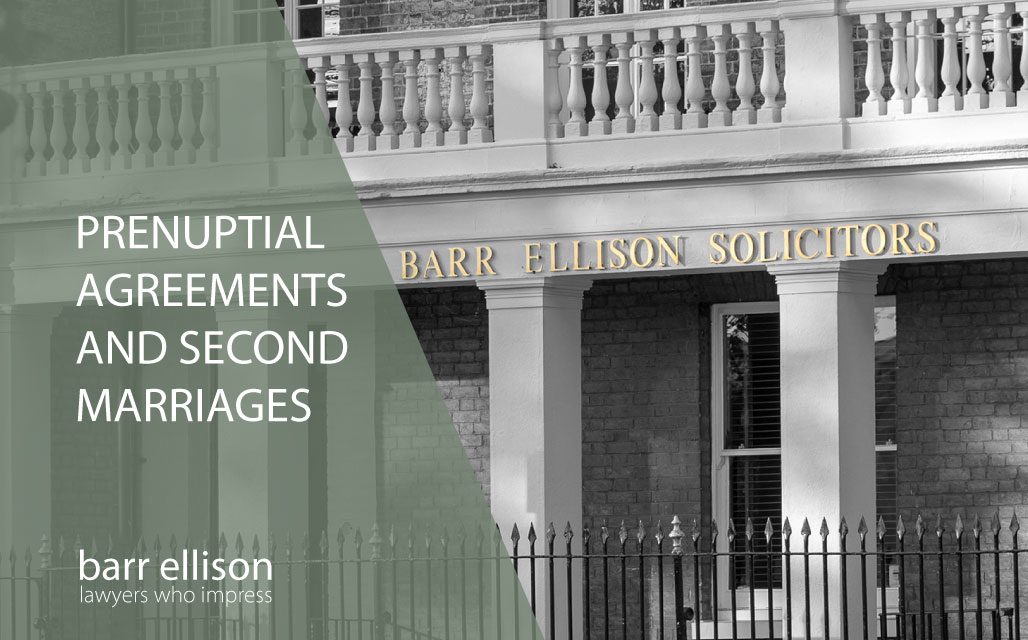 How to increase the weight given to your prenup

The seismic change in the law came about in the case of Radmacker (formerly Granatino) v Granatino in 2010.  Here the Supreme Court upheld a prenuptial agreement the terms of which were quite harsh as to the provision to be made for the weaker party financially.  It was thought by some that the fact the losing party was the husband rather than the wife may have influenced the outcome, but the cases that have followed have not taken a sexist line as much as argued for the parties’ right to set their own terms.  To quote Lord Philips in Radmacker:

This, to my mind, lends itself well to the situation of those entering into a second marriage.  They can point to the assets they have brought from their previous marriage; and they can also identify the children (whether minor or adult) they may wish to protect by the agreement.

Entering into a prenuptial agreement is therefore setting out the provision that both parties agree will be the way their assets (current and accumulated during the marriage) should be dealt with on divorce.  This needs to be set against the fact that parties cannot oust the jurisdiction of the court – that is usually taken to mean that you cannot tell a Judge he cannot make the order he thinks is fair, even if you both have agreed something different.  But the Radmacker decision has been a ‘game changer’ in this respect.  To quote another Judge, Charles J in the case of V v V  in 2012:

So, if the courts are to be prepared to let couples take these decisions into their own hands, they expect there to be some safeguards in place to avoid a weaker party being coerced or simply tricked.  The cases have said that each party must enter into the agreement freely and with sufficient advice to enable him or her to appreciate its implications.  Additionally each must intend the agreement to govern the financial consequences of the marriage coming to an end.

There have been qualifications on having sufficient advice to appreciate its implications.  You cannot escape from the terms of an agreement simply by showing some insignificant asset was not disclosed.  The larger the asset base the party was aware of, the less consequential a small non-disclosure will be.  It also seems to be difficult to avoid an agreement on the basis the legal advice was not detailed enough.  It may well be the case that, for those who have already been ‘through the system’ and have had a divorce, there could be an assumption from the judges that they would be more familiar with the rights or claims that they may be limiting or relinquishing.

Going back to the Law Commission report, it sets out in some detail the steps that they recommend would lead to a binding agreement – they call them ‘qualifying nuptial agreements’:

Prenups can operate as a depressing factor

The exception referred to above is that the court can still impose their own view if the agreement leaves either party without provision for their financial needs.  However, even when the court is persuaded that it is not bound by the agreement because it does not provide for a party’s needs, the agreement can still be relevant as it can operate as a depressing factor – affecting (in other words bringing down) the provision the court makes from what it otherwise would have been.

So, for many cases, but particularly for those going into second marriages, prenuptial agreements can offer considerable protection when drawn up correctly.  However if you find yourself in the situation of marriage break up for the second time and you have not protected your assets in this way, all is not lost.  You may be able to argue there is an unmatched capital contribution from your side; the length of the second marriage will have an impact on how significant this is.