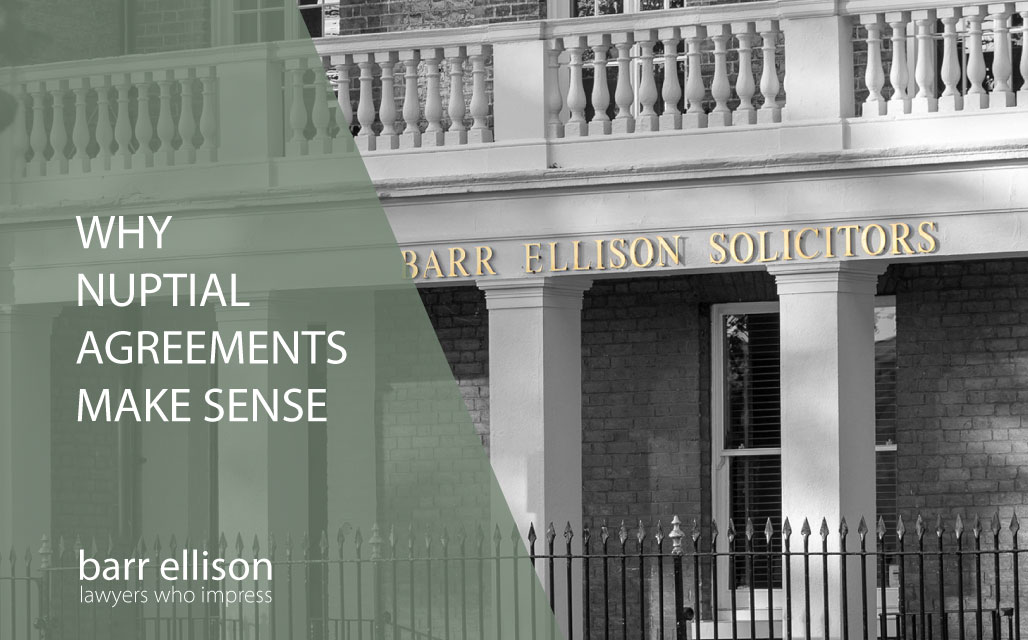 Everyone’s initial response is that nuptial agreements are not legally enforceable in English law, as yet. That is both right, and not right.

However, those entering into these agreements also need to be aware that the courts could hold them to the terms of the agreement, or if it does not do that, they are likely to give considerable weight to the terms of the nuptial agreement. What weight will be applied can be influenced by ensuring a few important steps are followed.

The seismic change in the law came about in the case of Radmacker (formerly Granatino) v Granatino in 2010. The Supreme Court upheld a prenuptial agreement, the terms of which were quite harsh as to the provision to be made for the financially weaker party.

It was thought by some that the fact the losing party was the husband rather than the wife influenced the outcome, but the cases that have followed have not taken that line but rather emphasised the parties’ right to set their own terms. To quote Lord Philips in Radmacker:

The Radmacker decision has been a ‘game changer’ in this respect. To quote another Judge, Charles J in the case of V v V in 2012:

Entering into a prenuptial agreement is therefore setting out the provision that the parties agree will be the way their assets, both as they exist at the time of making the agreement and those accumulated during the marriage, should be dealt with on divorce.

If the courts are prepared to let couples take these decisions into their own hands, they expect there to be some safeguards in place, to avoid a weaker party being coerced or simply tricked. Case law has stated that anyone entering into a nuptial agreement must do so freely and with sufficient independent legal advice to enable them to appreciate its implications. It must be clear that each party intends the agreement to govern the financial consequences of the marriage coming to an end.

When drafting nuptial agreements, it is important to ensure compliance with the Law Commission recommendations:

The exception referred to above is that the court can still impose their own view if the agreement leaves either party without sufficient provision to meet what the court determines are their reasonable financial needs.

If the court is not persuaded that it should hold the parties to the agreement because it does not provide for a party’s needs, the agreement can still be relevant, operating as a depressing factor i.e. bringing down the financial provision the court makes, departing from what would usually be ordered.

So, for many, nuptial agreements can offer considerable protection, when drawn up correctly.

For those seeking to ringfence assets, there is little to lose and much to gain by entering into a nuptial agreement.