Setting Aside a Will – Fraud and Forgery 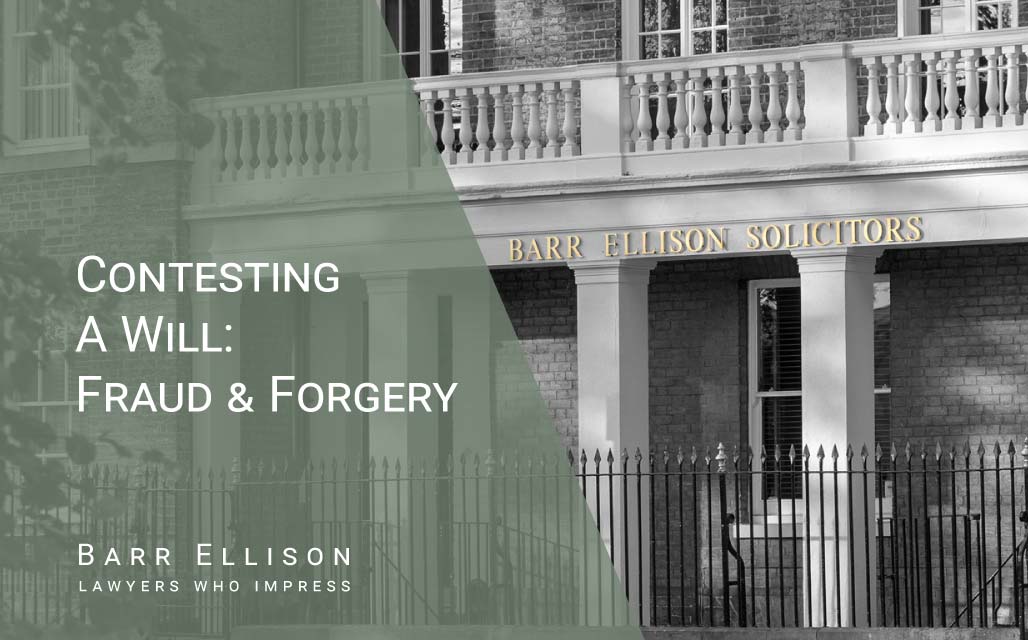 These are serious allegations which should not be made lightly. The most common forms are:

In a civil case the standard of proof is the balance of probabilities as opposed to beyond reasonable doubt which is required in criminal matters. Nevertheless a high degree of proof is still necessary to establish fraud. The more serious the allegation the stronger the evidence likely to be needed to prove it.

The forensic expert will need to see the original document and sufficient known contemporaneous comparators of the signature often 15 to 20. The expert will look at the fine details – for example the construction of letters, pen pressure, fluency, spontaneity and line quality. An expert may be able to discern whether the signature coincides with the purported date of the Will.

No one produces exactly the same signature twice. The standard of signature may deteriorate due to age, health, visual impairment, confusion. Even so, an examination as to the authenticity of the signature can still be made.

Even if the signature is genuine, the document may not be

Even if the signature is genuine, the document may not be. The forensic expert will look at the document as a whole and may make enquiries regarding:

The Court will also expect to hear from the attesting witnesses. Often the Court will prefer the evidence of witnesses present when the Will was signed over that of the expert. It is therefore necessary to prove the attesting witnesses were either duped in some way or involved in the fraud. In the case Re Whelen (Deceased) 2015, the witnesses believed they had witnessed the Will of someone other than the actual testator. This was a homemade Will which made it more susceptible to challenge. There is a presumption that a Will has been validly executed. The degree of evidence required to rebut this depends on the circumstances of the case and the evidence as to the facts in which it was signed.