Setting Aside a Will – Lack of Capacity 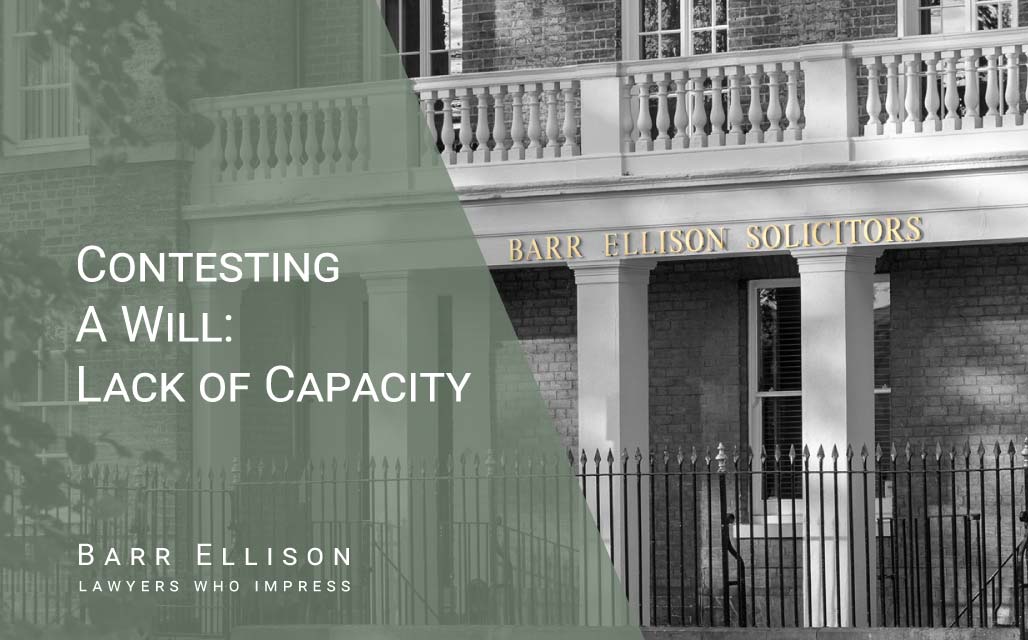 One way in which to challenge the validity of a Will is to allege the testator did not have capacity to make it. Related articles are:

Any person who is over the age of 18 and of sound disposing mind may make a Will.

Disputes about whether the testator has capacity to make a Will either when giving instructions for it or upon signing are increasing. People are living longer and more are developing some form of dementia. Research for Dementia UK indicates that there are hundreds of thousands of people suffering from dementia in the UK of which the greater part are 65 years or older.

A lack of capacity can arise from head injuries, substance abuse, psychiatric disorders as well as dementia and other medical conditions.

The test of capacity in probate actions remains that set down in 1870 by the case of Banks v Goodfellow. The testator in this case had been confined to a lunatic asylum for some months. Upon discharge he was convinced that he was being pursued. He managed his own financial affairs and gave instructions for a Will. The Court found his Will to be valid because the delusions from which he suffered had no influence over his making the Will.

The test laid down in this case is in essence the testator shall understand:

In addition the Testator must not be influenced by any disorder of the mind, such that when disposing of his property he does things which in sound mind he would not.

Unless the Will is irrational on its face, the Court will presume capacity. If there is raised a real doubt (supported by evidence) as to capacity, then the burden of proving capacity falls on those seeking to prove the Will.

The Court is likely is to be assisted by the evidence of: