Setting Aside a Will – Undue Influence 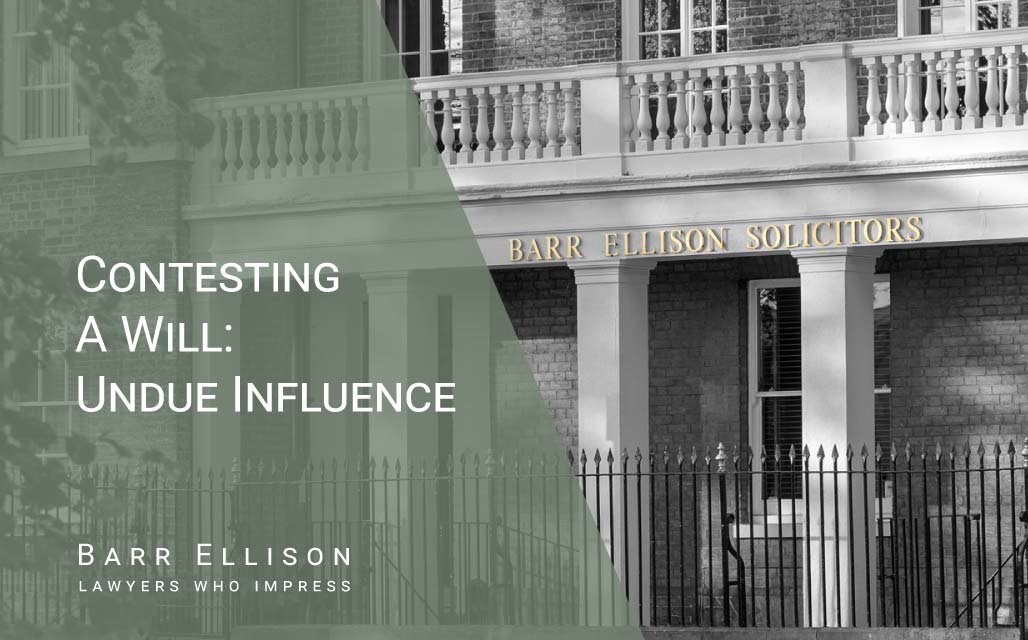 One way to challenge the validity of a Will is to allege that undue influence was exercised over the Testator. Related articles are:

The burden of proving undue influence rests with the party making the assertion. It is a high burden. One of the difficulties will be the absence of the chief witness namely the Testator.

Often when one child stands to inherit the whole or majority of the Estate, their siblings will assert that the Testator has been persuaded by the inheriting child to alter their Will, particularly when the children have been led to believe they will inherit equal shares of their parent’s Estate. The child who stands to benefit may have visited the Testator more frequently and/or provided help with day to day living. The others will feel that child was well placed to whisper in the Testator’s ear.

Mere influence is not sufficient

Mere influence however is not sufficient to overturn a Will; that influence must be undue. An example of undue influence is the frail, elderly Testator living alone fearful of one child who makes untruthful allegations against the others causing the Testator’s own discretion and judgment to be overborne. Another example is the carer who isolates the elderly and frail from friends and family thereby making that person dependent upon the carer such that the Testator will do whatever is necessary to please the carer.

Solicitors when preparing a Will, if concerned about whether or not the Testator’s true wishes are being put forward, will usually insist on seeing the Testator alone and will investigate the reasons behind any change of heart as against the content of any previous Will. Nevertheless if the Testator is staunch and forthright in their instructions, the solicitor is less likely to identify any ulterior motives.

What is undue influence?

In cases where a Claimant seeks to set aside a Will on the basis of undue influence, the Claimant must be able to prove that:

Undue influence exerted for the benefit of someone other than the person exerting the influence could also result in a Will being set aside.

The Court is likely to be assisted by the evidence of: